In the last few months, I have been keenly tracking how the course for WebRTC is turning out. In my opinion, it is an incredible game-changer and a market disrupter for the telco industry plagued by licensed codecs and heavy call session control software.

Contrary to my expectations the fundamental holes in WebRTC specification are still the same with less being done to fulfil them – Desktop sharing on Chrome Extension, media compatibility with desktop popular H264 being prominent obstacles to adoption. Of course, now there exists an abundance of interactive use-cases for WebRTC APIs from gaming to telemedicine. However, none of the applications is complete and standalone since each uses a new gateway to connect to their existing platform or service.

As new webrtc SDKs and open-sourcing platforms surface, many seem to be wrapping around the same old WebRTC functions ( getusermedia data-channel and peer-connection ) with few or no addons. Few of I am listing down some popular working ones in this blog but there still exists no concrete stable reliable guide to set up the backbone network ( yes I am referring to Media interconversion, relay, TURN, STUN servers ). It is left to a telecom software engineer/developer to find and figure out the best integrations to configure session handling and PSTN or desktop application compatibility.

Some commercial off the shelf service providers have begin to extend interconnecting gateways ( SBC’s) for their backend for Web-Javascript based WebRTC implementations but there are concerns on the end to end encryption and media management as it passes via transcoding media server and many points of relay. This in my opinion completely defeats the objective of WebRTC’s peer-to-peer communication which by design is supposed to be independent of centralised server setup. WebRTC was meant to *everything you can’t do with proprietary communication tools and networks*.

Well moving on , here are some nice API implementations of WebRTC ( only for Websockets no SIP/WebSockets ) which can be quickly used by web developers to create peer to peer media session on web endpoints via a WebRTC supported browser web page.

Neat process of setting up offer-answer and SDP . Notice the Relay candidate gathering

No over the top media control which is good as media flows end to end here without any centralized media server .

Also related to SimpleWebRTC which is a lightweight MIT licensed library providing wrappers around core WebRTC API to support application building while easing the lower level peerconnection and session management from developer. 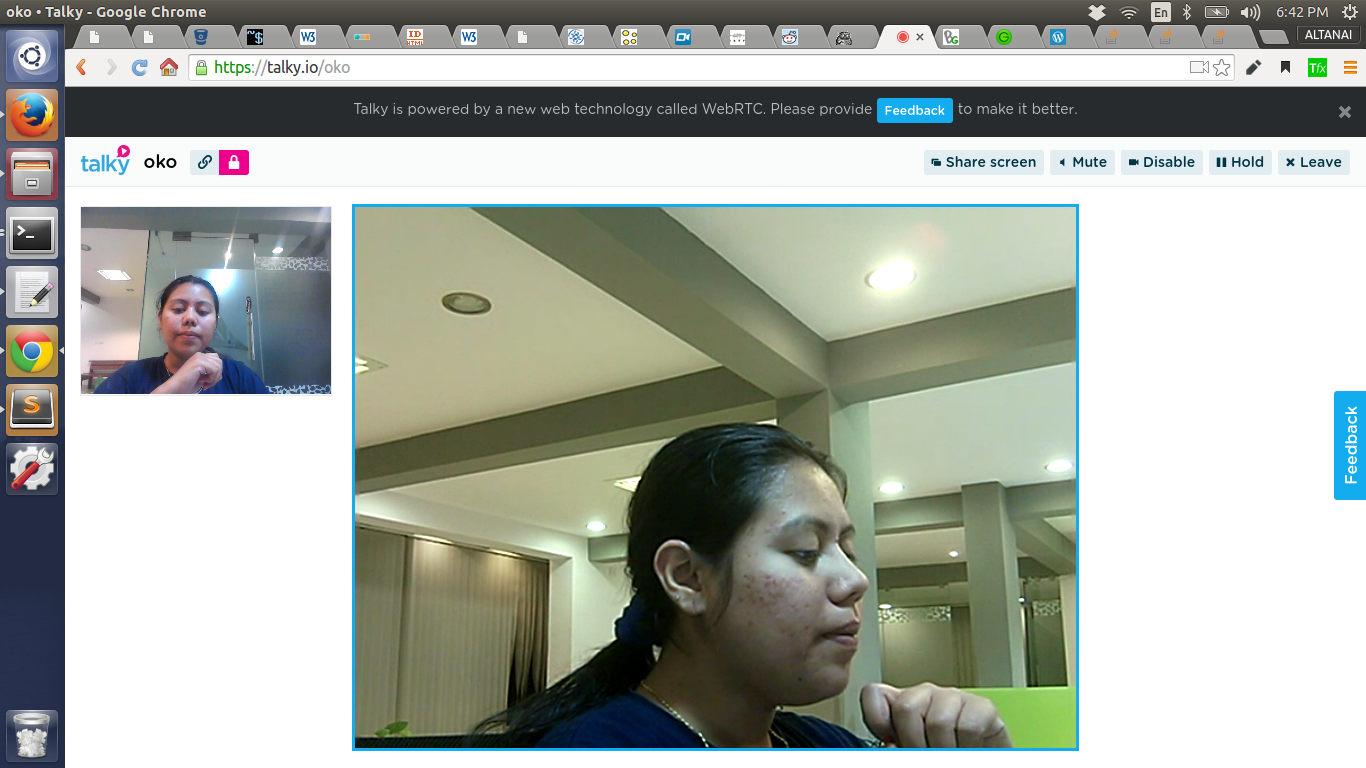 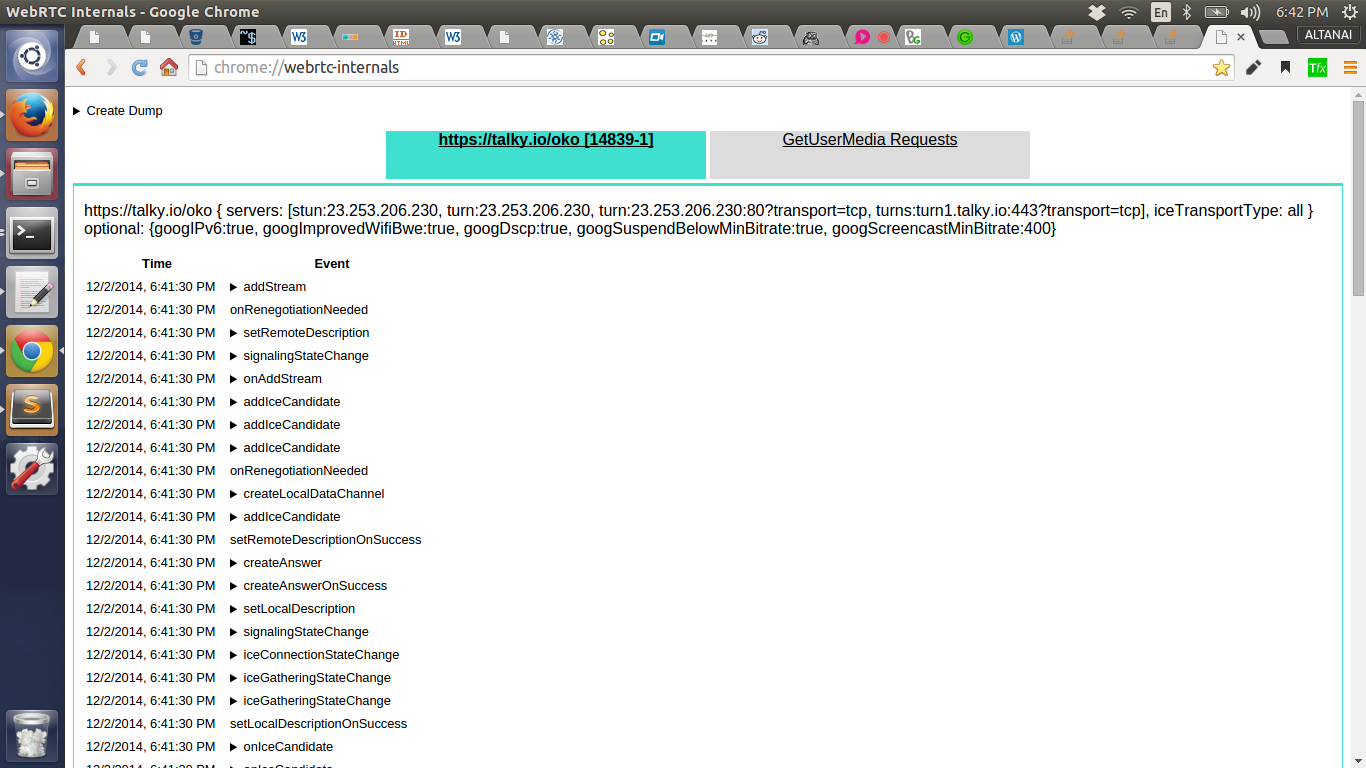 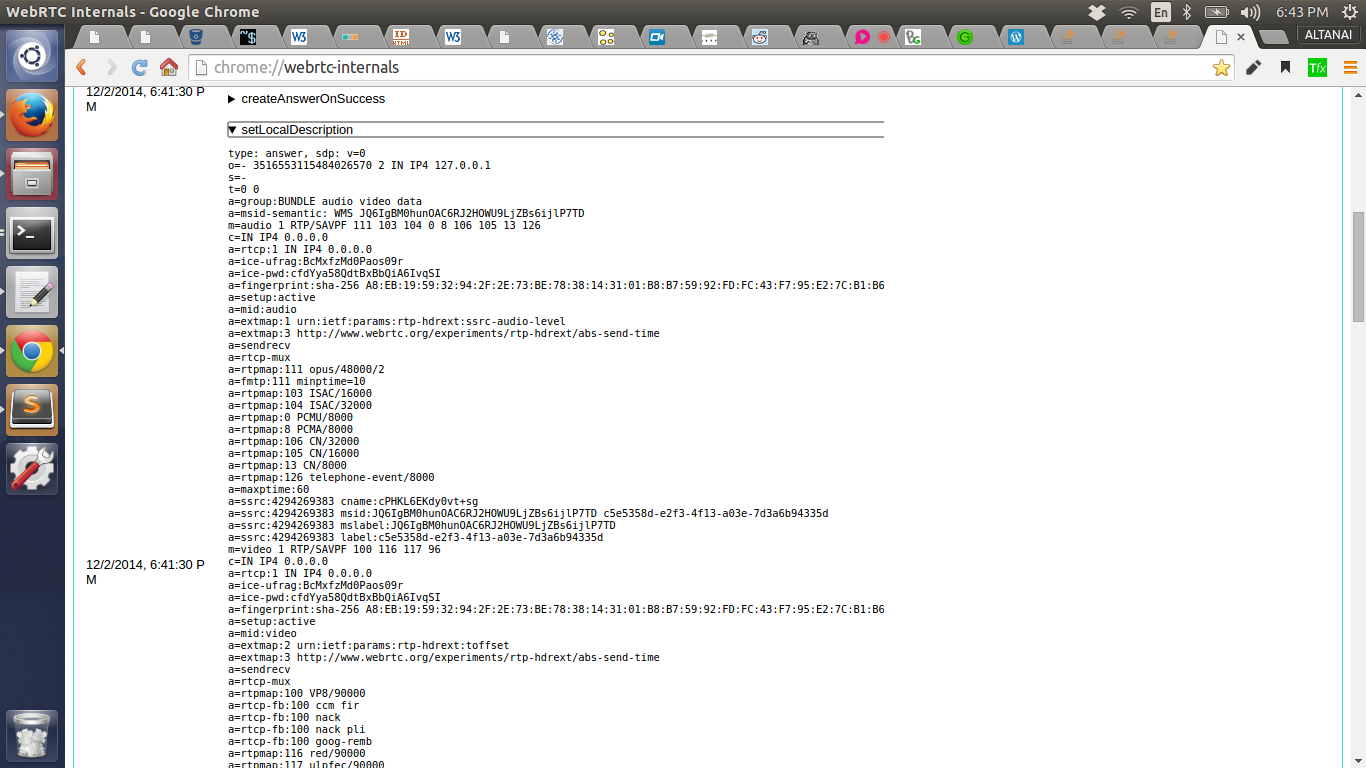 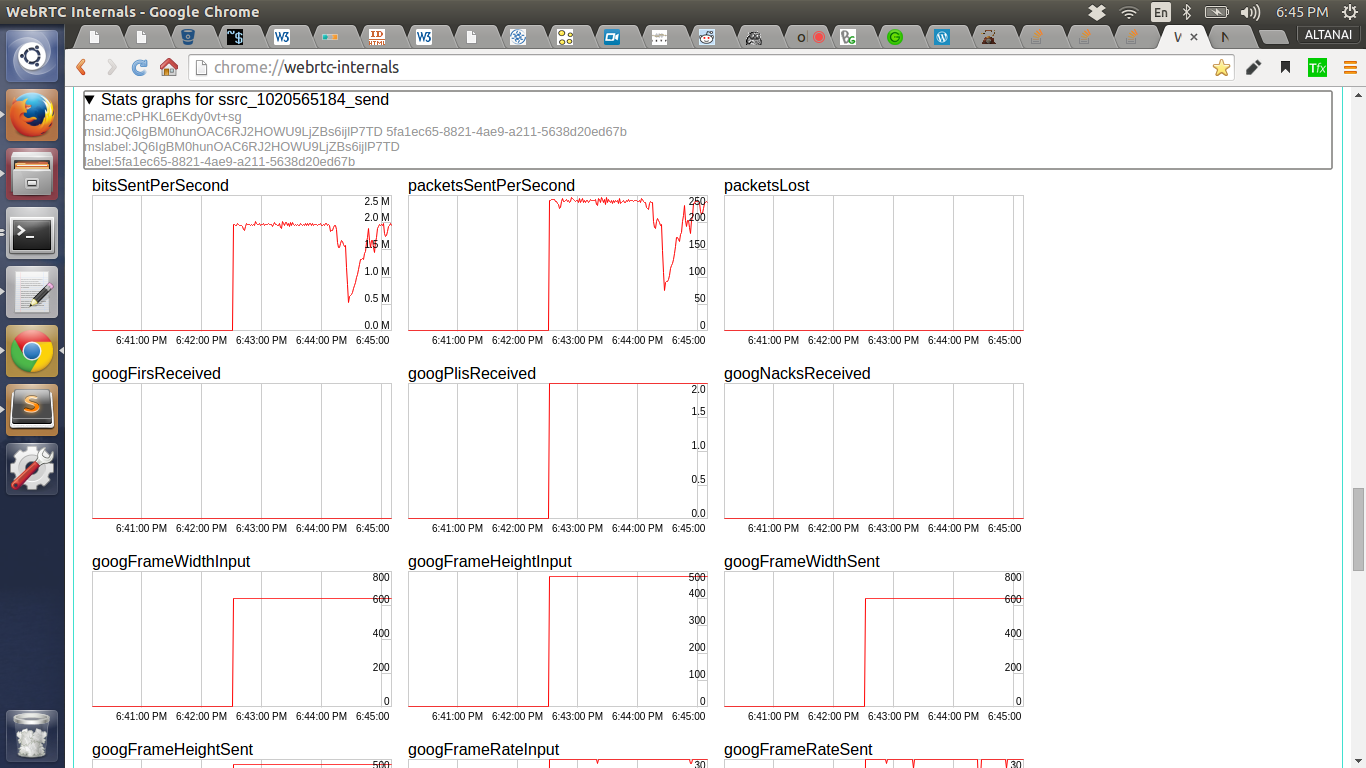 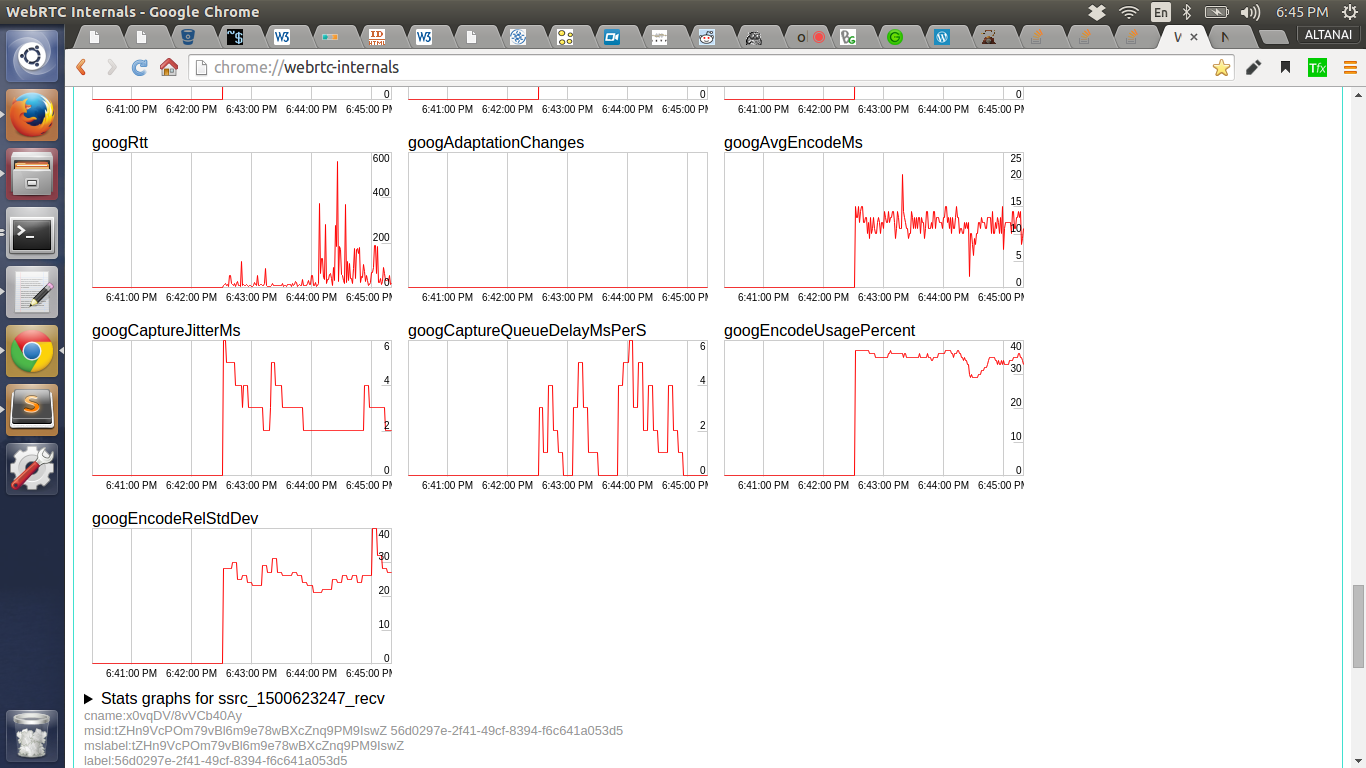 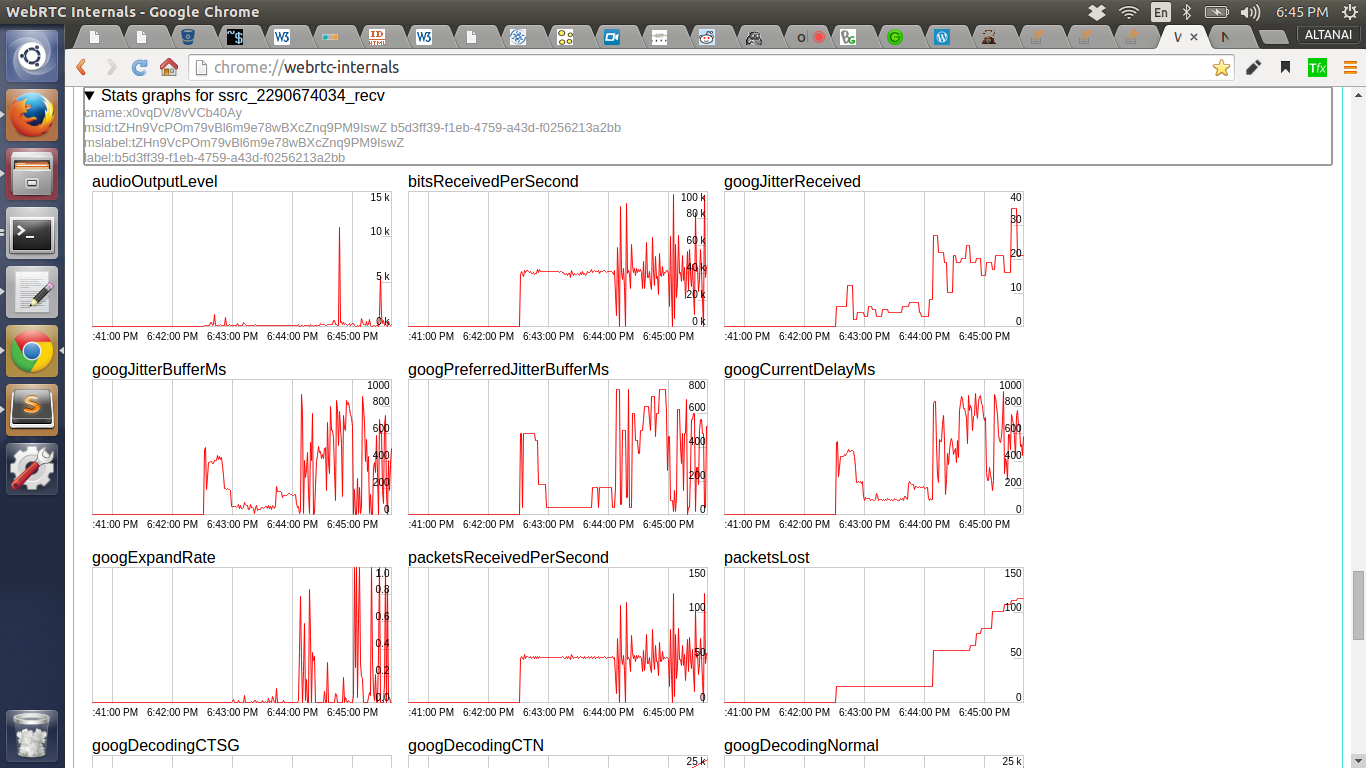 There seems to be better noise control management which could be my browser acting on my fluctuating network bandwidth as well .

More control from UI on Media settings which is provided as part of getusermedia in WebRTC specification. Read more about the webrtc APIs in my other writeup

Simmilar to previous WebRTC session ( totally dependant on my own network and CPU ) , independant of any thord party control .

As my peers network degrated , my webrtc session automatically adjust based on RTCP feedback to send lower resolutions and framerate.

Open source MIT licensed libray to spin up Webrtc calls quickly and easily from a chrome supported browser . It is a fork of best features from multiple libraries such as apprtc , webrtcexperiments , simplewebrtc and is maintained by n open community of users including me. 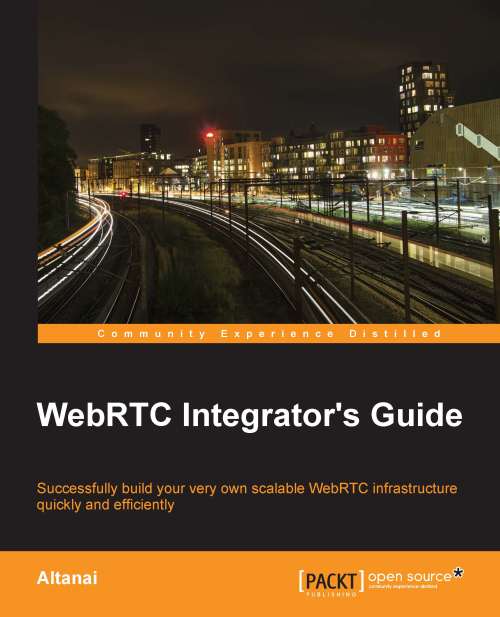 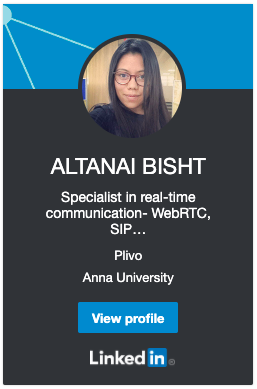